I always prefer the first-person pronouns ‘I’ and ‘we’ to their third-person alternatives in the world of work. The alternatives might be ‘the corporation’, ‘the company’, ‘the university’, ‘the organisation’, ‘the department’ and so on. The alternatives are all relatively faceless but you could say they reflect the reality of working life. After all ‘the government is committed to doing whatever it takes’, ‘London Underground apologises for the inconvenience caused’, and ‘the Minnesota Police Department has banned access to this site’. Who am I to speak to them? It seems like they’re not really people – or not people you want to have a conversation with.

My view is that if you’re employed by an organisation you should be allowed, indeed encouraged, to write on behalf of that organisation as ‘I’ or ‘we’. Perhaps some years ago the situation would have been different, but the times have changed and we (as consumers) now generally accept the convention that we (as employees) will write as real people.

The Internet gave the extra push to the momentum that had been developing earlier this century. Far from adding to the dehumanisation of business language the Internet forced more and more companies to adopt conversational patterns of language, because effective communication is conducted as a dialogue. You are part of that dialogue and unless you join in, the website will not work. So, we need to speak to you. I like it like that. It helps me to feel that I am dealing with a person not a group. Every organisation, every brand, is seen, heard, experienced through the individuals who represent it. There’s no point in trying to hide those individuals behind a corporate screen.

The crucial thing is to be as authentic as possible in your communication, to be yourself, true to your own personality.”

Our words send signals, and there is a wide spectrum between formality and informality (the choice raised by the grammatical difference between first or third person). Last century communication at work would have favoured the formal, now we tend towards informality (that can be jarring in its own way). The crucial thing is to be as authentic as possible in your communication, to be yourself, true to your own personality. Which probably means not writing as if you’re on Love Island nor as the last living representative of British Raj.

Chapter nine: I to j – The Invisible GrailDownload

From I to j. Next in the series revisiting John Simmons’ book The Invisible Grail. This week, should we use ‘I’, ‘we’, ‘them’ or ‘it’? It’s all about choosing to be you. Follow the weekly series for a workout in writing agility that will influence and improve your words for work. Next week – J to k, published on Friday 12 June. 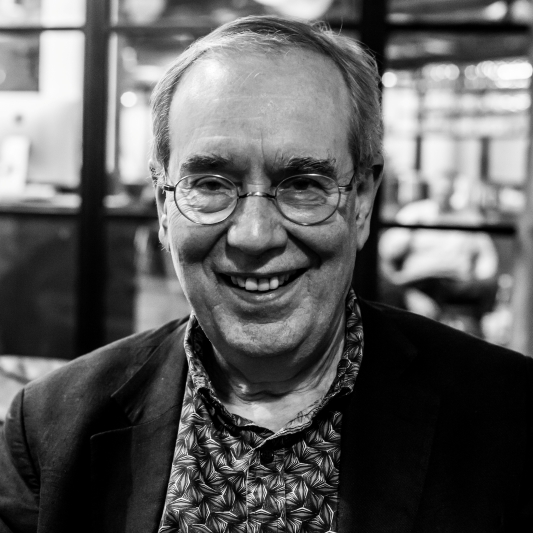 Back to The A-Z of WritingTake me to Chapter eight: H-i