When we talk about narrative are we simply referring to story, or has the word come to acquire a more nuanced meaning?”

In higher education we hear much these days about the institutional narrative. But what exactly do we mean by this? When we talk about narrative are we simply referring to story, or has the word come to acquire a more nuanced meaning?

But what about, say, Brexit? When we talk about the Remain narrative or the Leave narrative, are we simply describing a sequence of events?

Of course these are still a form of story, but stories that have been press-ganged into political service. ‘Controlling the narrative’ is every spin-doctor’s goal. Most of the comedy in Armando Ianucci’s political satire The Thick of It turned on the dreadful Malcolm Tucker’s inability to do just that.

That’s an extreme example. What might it mean in the more decorous, less expletive-filled halls of academia? The institutional narrative could simply mean the page on the website that tells the college or university’s history, from foundation to present day. But that’s only part of it. There are many other strands, all more or less nuanced in order to present the institution in the best light.

For example, there’s the research narrative (close to everyone’s heart as we approach 2021): look at the impact our studies have had on the wider world. There’s the recruitment narrative: look at our growing numbers of students, our world-class academics, and the wonderful experience we offer them.

There’s the teaching narrative: look at the range of degrees we offer, the calibre of our teachers, the graduate achievements. And there’s the meta-narrative: look how important higher education is to the economy, culture, society.

Overarching these is the so-called strategic narrative: the one that fosters a sense of common purpose and shared direction for all aboard”

There are internal versions of all those, too, if nuanced in slightly different ways. Overarching these is the so-called strategic narrative: the one that fosters a sense of common purpose and shared direction for all aboard; that tells the story not only of where we’ve come from and how we’re doing right now, but where we’re going, why we’re going there and how we’ll get there.

Strategy is a much-abused word that tends to stand in the same relationship with ‘plan’ as narrative does with ‘story’. In this context, however – that of leading a body of several thousand people through a metaphorical terrain fraught with difficulties – its military provenance lends it a certain legitimacy.

Nevertheless, when it comes down to it the strategic narrative is still the story of a plan, and it may even be helpful to think of it in those terms. There is no loss of gravitas in telling a story, or even shaping a message, rather than curating a narrative.

When, as Invisible Grail, we work with leadership teams to help them develop their plans, we encourage a storytelling approach; one that frees them from the constraints of organisational language and thought structure, and allows them to bring their emotions and imaginations, as well as their intellects, to the task of devising the strategic narrative, or looking into the future.

At times of such uncertainty as the present, perhaps it’s this, the strategic narrative, that’s the most compelling and urgent manifestation of the institutional narrative. After all, when there’s fog all around, we need to believe that we’re being led by people who have a plan to get through it and can tell us a good story about how. 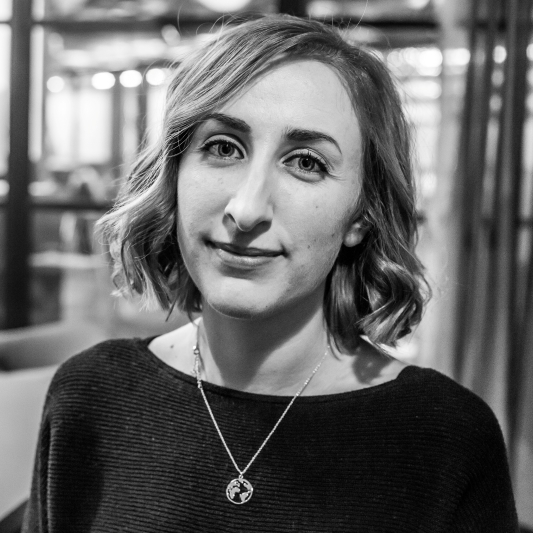 Louise is the former Director of Marketing, Communications and Operations at Invisible Grail. Louise’s passion is to help people bring alive the stories that show the wider world who they are and why what they do matters.

Tags:HE in the ecosystem
We use cookies on our website to give you the most relevant experience by remembering your preferences and repeat visits. By clicking “Accept All”, you consent to the use of ALL the cookies. However, you may visit "Cookie Settings" to provide a controlled consent.
Cookie SettingsAccept All
Manage consent