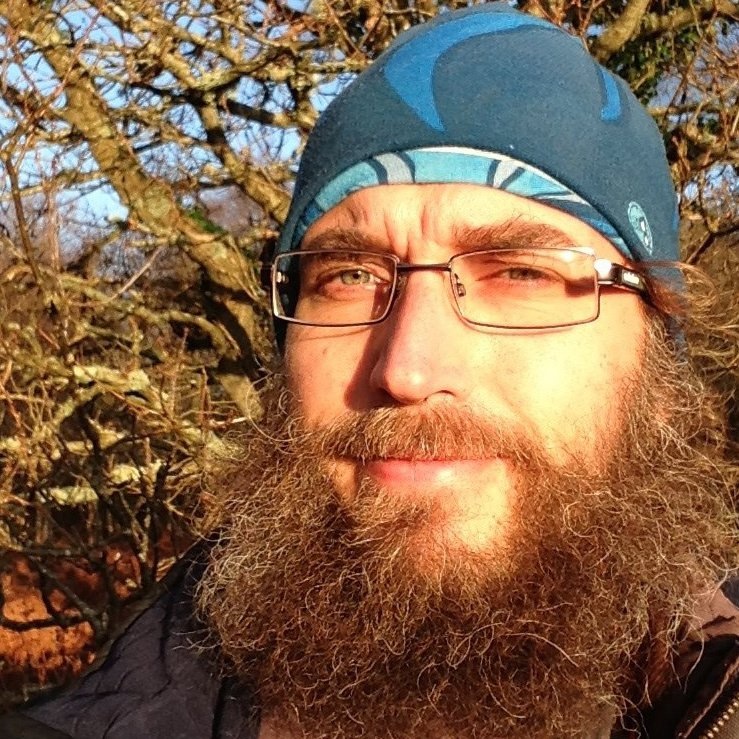 Julian Stodd is an author and founder of Sea Salt Learning, a global learning consultancy helping organisations adapt and thrive in the Social Age.

Much of his work is around core elements of the Social Age: the need for Social Leadership, the design of Scaffolded Social Learning, planning for Organisational Change and the impacts of Social Collaborative Technology.

Power comes from what you share, not what you control. This is the message from Julian Stodd, proponent of social leadership and advocate for greater humility and humanity in organisational culture and leadership. These are the qualities that will enable organisations to adapt and succeed in the new social age.

But what is social leadership and the new social age? And what behaviours and cultures should we be championing to help us navigate this world?

Louise Clifton talked to Julian Stodd to find out.

Louise:  The idea of the social age and social leadership isn’t something I’d come across before now. It would be fascinating to know what this is and what triggered your interest in it?

The social age and social leadership is the shift toward greater power living within communities and the connections that are built here.”

Julian: If I were to put it at its simplest, the social age is our new reality. It’s a change in almost everything we do, from the ways we choose which restaurant to go to, to the ways we learn, the ways we find jobs and the ways we communicate. The social age and social leadership is the shift toward greater power living within communities and the connections that are built here. Social leadership, which can harness this power, isn’t an alternative to formal leadership but works alongside it. I wouldn’t advocate that you stop doing all the things that you’ve done before, because generally speaking these have enabled really strong formal organisations to develop. Organisations that are good at consistency, conformity, and replicability of scale. The winning position is to find the creative tension between this world, and the social organisation – the part of your organisation which is really good at questioning, curiosity and ambiguity. This is where you find the most innovative problem solving.

My journey to discover social leadership came out directly out of some research I was doing around 2010 on music and learning, which looked at how music acts as a language for how we tell stories – the role of song, rhythm, rhyme. From this, and my research around psychology and neurophysiology in storytelling, and then running a learning and development practice, my realisation of the social age and what this meant for leadership emerged.

Louise: What are the skills leaders need in the social age?

Every time leaders tell a story they should think ‘where is the space where I can hear a response?’.”

Julian: We live in a landscape of stories, so one of the key skills is story listening; enabling leaders to hear the stories of others – not to respond or colonise them – but to hear them and respect them. Every time leaders tell a story they should think ‘where is the space where I can hear a response?’. That might be a public, visible space, or that might be a private social one.

A second thing that leaders can do to is to really focus on trading in social currencies. So simple things such as writing a thank you card to someone at any level in the organisation for an act that demonstrates the values and purpose we seek. And we often don’t do that because we fear tripping over something and invoking some consequence, but these words can be valuable.

In my work with the NHS, we focus a lot on stories of difference and dissent, where people come together in a structured way to write a story of their difference. Without an agenda, people often discover places where they find agreement – in purpose or ideas. Acknowledging commonalities and differences helps people reach out with authentic words of respect and understanding.

Louise: What is it about social leadership that makes it right, for right now?

Julian: There are lots of organisations saying, ‘we want engagement’, ‘we need creativity’, ‘we need people to give us their invested energy and effort’, but many organisations fail to realise that these can’t be bought. Money buys you utility. In traditional organisations, most are systems of consequence and control: they decide what you do, how and where you do it, and what reward you’ll get for it. In the context of the social age, this approach just doesn’t work.

Louise: What are the biggest blockers preventing organisations and their leaders moving from this industrial notion of command and control to a greater share of social power?

Ultimately, leaders need to recognise the limits to formal power, and be humble enough to earn social power.”

Julian: There are some key challenges in the social age. The first is the fragmentation of career, where you no longer work for an organisation for life. Our primary cultural alignments are moving from being with the organisation, to sitting with our communities and tribes. This also speaks to another key shift, in where power sits. Power is a really good lens through which to understand storytelling, leadership and learning. It used to sit in the hierarchy of an organisation – if you were at the top you had a lot of it, and if you were at the bottom you had none of it. What social leadership shows is that if you aren’t authentic in your action, you can have no formal power but loads of social authority. In the social age, this means you can hold your organisation to account; and increasingly organisations have little influence over this type of emergent power. So with power ebbing and flowing away from formal hierarchies, they are struggling to deliver the transformation they need purely through their traditional channels. Leaders need to embrace power that is distributed throughout the system. And they can do this by acknowledging uncertainty and vulnerability. So if you’re a senior leader you can say, “I can’t be sure what steps to take next but I’d really like to think about it and talk to some people and perhaps try some stuff out”. Whereas coming from a place of command, leaders might say “this is the plan, this is what we’re doing, in 500 days we’ll be here and this is what it’ll cost”. This perspective forces people into certainty, at a very time which demands uncertainty.

Finally, formal systems are terrible at handling ambiguity. They are used to identifying and mitigating risk, and ambiguity is risky. But change – which is something most organisations seek – is fuelled by ambiguity. You can’t change a system by forcing it, you can only affect positive change if a system will take itself partly on the journey.

Ultimately, leaders need to recognise the limits to formal power, and be humble enough to earn social power. It’s about listening to stories more than you tell them, investing in the community without an expectation of reciprocity. It’s creating the space for people to bring their invested energy, their trust and creativity, and recognising them for it.

Louise: Do you have any advice for leaders in higher education?

Failure to recognise the big reasons behind higher education and its purpose will leave the sector at odds with the evolving social context of the wider world.”

Julian: A socially dynamic organisation is purpose led, so to understand purpose would be a great place to start. The narratives around free speech in the UK and US for instance, speak to some of the fundamental purposes of higher education. Failure to recognise the big reasons behind higher education and its purpose will leave the sector at odds with the evolving social context of the wider world. This is a world where there will be a strong role for authentic leadership to play.

Louise: The idea of authenticity and trust is obviously critical; how do we build trust when times are tough?

Julian: The high-level conclusion from one of the biggest research projects exploring the nature of trust between individuals, communities and teams, is that trust means different things to different people. For some, they say “I invested a bit of trust in this person and they invested a bit in me, and we gradually stepped it up one notch at a time”. Others say they just spent time with other people, and trust just blossomed, “we just discovered that we had it”. For others, it’s more transactional – you do something for me and I’ll do something in return.

Louise: What could all this mean for the future of education, and the environment that higher education might find itself in?

Julian: I recently wrote a piece looking at the formal aspects of future states including the evolution of education and the movement toward a model of lifelong learning. At the moment, the prevailing model is a 3 – 7 year period, often aimed at younger generations, but in the future, engagement will take place as a lifelong process of learning and this space will offer networks and opportunities as much as offering specific knowledge and capability. The risk is that universities stay trapped in a model of utility provision, or trying to be something else, rather than creating and embracing these kinds of dynamic spaces. The more marketized higher education becomes, the greater the risk of disruption too. With the rise of tech-driven collaborative education, it’s almost certain that challenger organisations will take bites out of the educational cherry, and at multiple levels.

Organisations, and this is true for universities as well, need to act in service for society and not the other way around. People are what matter, and its people that make our organisations what they are. It brings us back to purpose, and the need to have a clear and human social purpose at the heart of what organisations do.

Louise: When you’re working with such a diverse vision, how do you stay positive and curious?

Julian: I’m an optimist, and though most of my work is evidence-based this is one area where it’s a bit of blind faith. I believe that most people are good people trying to do the right things. I’m also curious about everything. We’re used to organisations changing in known ways and known spaces, but today they’re changing to match unknown needs and unknown spaces, and this age of uncertainty is one that suits my specific capabilities of taking a systems wide approach.

Louise: Finally, if you had one piece of advice for a leader about how to tap into a more social, collaborative approach, what would you say?

Julian: The number one thing that I would say is be kind. Increasingly the idea of hard skills being the first step and soft skills following is being flipped around, if you’re kind before you’re efficient then that quality of kindness will be the one that sticks in your community. And that’s a good starting point.

With thanks to Julian for his time and insight, and to his team for helping organise this interview. To find out more about Julian and his work:

Take a look at Julian’s blog, a place to explore new ideas in learning

Find out more about the social age at Sea Salt Learning

Back to InsightsBack to the Interview Series